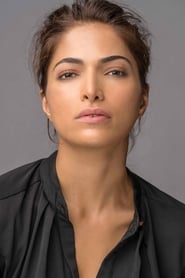 Parvathy Omanakuttan is an Indian actress, model and beauty pageant titleholder who was crowned Miss India 2008 and later became first runner-up at Miss World 2008. She was also awarded the titles of Miss World Asia & Oceania at the Miss World 2008 competition. Parvathy made her cinematic debut through the Bollywood flick United Six directed by Vishal Aryan Singh. She eventually made her Tamil film debut in the 2012 gangster film Billa II, playing Jasmine who, she stated, was "the emotional quotient in David Billa's life". See online movies from Parvathy Omanakuttan below.

'Pizza' is a supernatural thriller - it is the story of Kuna...