Kristen Johnston studied acting at the Atlantic Theater Company Acting School in New York City. She won two Emmys for her role on 3rd Rock from the Sun (1996). She has appeared on many other television shows, including Ugly Betty (2006), ER (1994), Bored to Death (2009) and, perhaps most memorably, as the party girl whose famous final words were "I'm so bored I could die" on Sex and the City (1998). She's currently, on television, on TV Land's hit series, The Exes (2011), which is now in its fourth season. Just a few of Johnston's many stage credits are "So Help Me God!" (Drama desk nomination), "The Women", "Aunt Dan & Lemon", "Love Song" on the West End, as well as starring in three "Shakespeare in Central Park" productions, "Much Ado About Nothing", "12th Night", and "The Skin of our Teeth". She is a long-time member of The Atlantic Theater Company, and her roles over the years have included "The Lights" (Drama Desk Nomination) and "Scarcity". Kristen's film credits include Austin Powers: The Spy Who Shagged Me (1999), the 2nd Austin Powers film (as "Ivana Humpalot"), Finding Bliss (2009), Bad Parents (2012), Bride Wars (2009), L!fe Happens (2011), Vamps (2012), Strangers with Candy (2005), and the upcoming independent film, Lovesick (2014), with Matt LeBlanc. Johnston teaches acting at The Atlantic Theater Company's Acting School at NYU. She founded an organization called SLAM, whose goal is the creation of a desperately needed sober high school in New York City. Johnston's first book was a New York Times Bestselling memoir, entitled "GUTS: the endless follies and tiny triumphs of a giant disaster". See online movies from Kristen Johnston below.

The Flintstones in Viva Rock Vegas 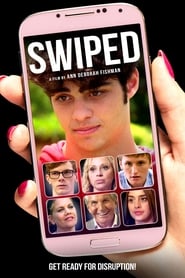 James, a college freshman and computer genius, is enlisted b... 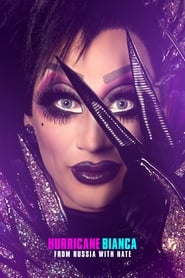 Hurricane Bianca: From Russia with Hate

After winning over the staff and students of Milford High Sc...