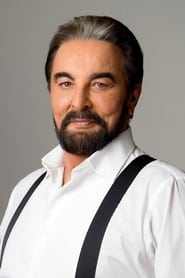 Kabir Bedi was a major star in India who successfully broke out into European film in the late 1970's in the TV series "Sandokhan the Great" which led to being cast as the hero in the British "Thief of Baghdad" TV movie and briefly into semi-stardom in the United States. The high point of his career was as a villain in the James Bond action thriller OCTOPUSSY. See online movies from Kabir Bedi below.