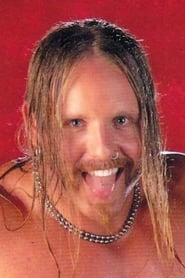 Darren Drozdov is an essayist, former NFL player and retired professional wrestler who competed in the World Wrestling Federation in 1998 and 1999 under the ring names Puke and Droz. Drozdov is quadriplegic due to a neck injury sustained from a failed wrestling maneuver, but has regained most of the use of his upper body and arms. His hiring interview with Vince McMahon was featured in the 1999 documentary Beyond the Mat. See online movies from Darren Drozdov below.