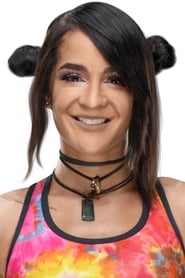 is a New Zealand professional wrestler of Samoan and Irish descent.She is signed to WWE and performs on NXT, under the ring name Dakota Kai. Under the ring name Evie, Crowley has wrestled for Impact Pro Wrestling, Shimmer Women Athletes, Shine Wrestling and Pro Wrestling Women's Alliance Evie made her professional wrestling debut in December 2007 for the Auckland based company, Impact Pro Wrestling. In September 2011, she debuted in Sydney, Australia-based Pro Wrestling Alliance Australia (PWA Australia) for their annual PWWA show, where she defeated Kellie Skater. In August 2012, Evie became the first Impact Pro Wrestling NZ Women's Champion, defeating Britenay and Megan Fox in a triple threat match. A week later, she won the Interim PWWA Championship by defeating Jessie McKay in the finals. She retained the title during her first defense against Kellie Skater on 6 October. After Impact Pro Wrestling returned after a few months from folding in mid-2013,all the previous title holders were stripped of their championships. Evie won the IPW Women's Championship back in December 2013 and aligned herself with a new heel faction called 'The Investment'. Evie began 2014 in Japan working on a three-month contract awarded to her through Pro Wrestling Zero1. She was the first female to receive such a contract. She competed with the promotion Diana. During her stay, Evie also teamed with Madison Eagles in a losing effort against Global Green Gangsters (Kellie Skater and Tomoka Nakagawa) for the Shimmer Tag Team Championship as part of the Joshi4Hope show. After spending a few months away, Kai returned at NXT TakeOver: WarGames on 17 November, where she and Io Shirai helped Kairi Sane during her match with Shayna Baszler by attacking Baszler's allies Jessamyn Duke and Marina Shafir who would interfere earlier on. Shortly after the event, the trio would continue to feud with Baszler, Duke and Shafir in the following weeks.[35][36][37] On January 17, 2019, Kai announced on her Twitter page that she sustained a torn ACL, during an NXT live event in December, which would sideline her from in–ring competition for the next few months. Other media In September 2009, Evie starred in the music video for "Sweet December" by Auckland band "These Four Walls". In April 2013, 20/20 aired a story which followed Evie on her lead up to her first tour in the United States. Also that summer, she was similarly profiled on the Māori Television sports show Code. She made her video game debut as a downloadable character in WWE 2K19. Personal life Crowley's mother is originally from the village of Lepea on the island of Upolu in Samoa.She has two younger siblings, her sister Nyrene is a mixed martial artist and her brother Earl is a DJ in New Zealand.Her grandfather Pat Crowley represented New Zealand as a member of the All Blacks in 1949 and 1950 See online movies from Cheree Crowley below.